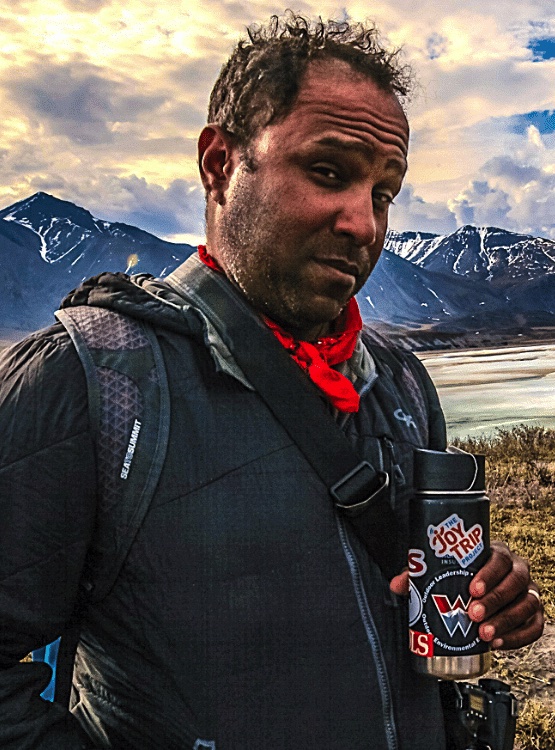 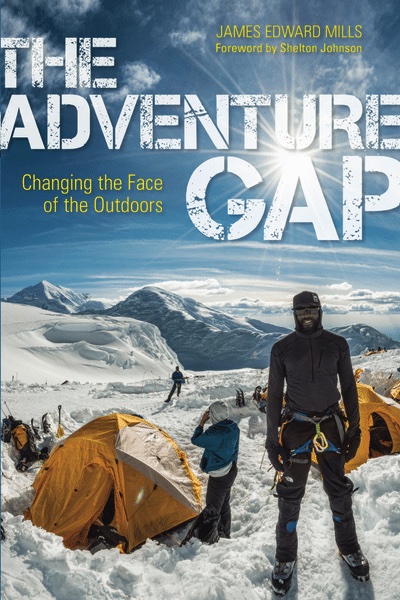 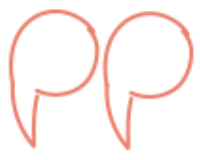 “Mills took THE ADVENTURE GAP beyond the scope of a traditional expedition narrative, exploring the reasons for the glaring outdoor cultural divide and noting that bridging that gap would help people and the planet.” – Outside Magazine

James Edward Mills is a 2014 Fellow of the Mountain & Wilderness Writing Program of the Banff Centre in Alberta, Canada and the 2016 recipient of the Paul K. Petzoldt Award For Environmental Education. As a freelance journalist and an independent media producer in a career that spans more than 20 years he specializes in sharing stories about outdoor recreation, environmental conservation, acts of charitable giving and practices of sustainable living. He has worked in the outdoor industry since 1989 as a guide, outfitter, independent sales representative, writer, and photographer. He is the author of The Adventure Gap: Changing the Face of the Outdoors, which was named by Outside Magazine as one of the 10 “Outdoor Books that Shaped the Last Decade.” James is also the co-writer/co-producer of the documentary film “An American Ascent.”

With skills in audio storytelling James’ radio production credits include Wisconsin Public Radio, the Public Radio Exchange, American Public Media’s Marketplace, and the Public Radio International programs To The Best of Our Knowledge and The Tavis Smiley Show.

In recognition for his work in sharing the important history and legacy of the Buffalo Soldiers and their efforts at the dawn of the National Park Service James was named a Yosemite National Park Centennial Ambassador in 2016.

As a faculty assistant at the University of Wisconsin Nelson Institute For Environmental Studies, James teaches a summer course for undergraduate students on diversity, equity and inclusion in outdoor recreation and public land management called Outdoors For All. James lives in Madison, Wisconsin with his wife Shamane Mills and two lovable dogs, Sasha and Mikalea. 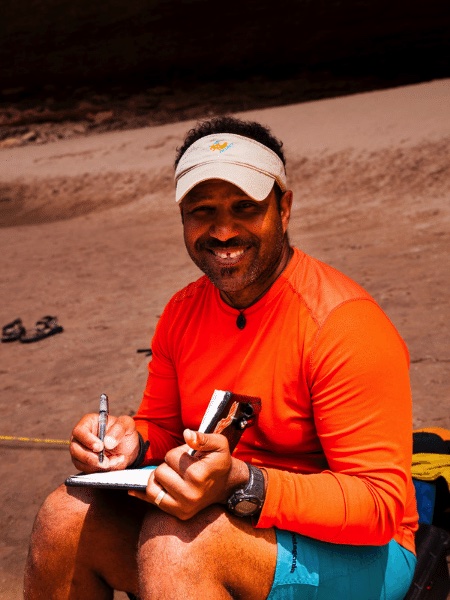 Prepare an Invitation for: 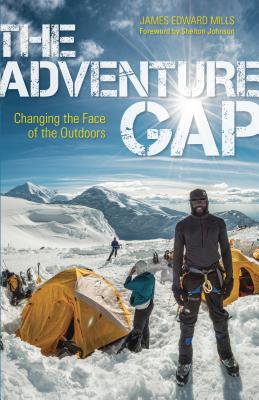 The Adventure Gap: Changing the Face of the Outdoors

The nation’s wild places–from national and state parks to national forests, preserves, and wilderness areas–belong to all Americans. But not all of us use these resources equally. Minority populations are much less likely to seek recreation, adventure, and solace in our wilderness spaces. It’s a difference that African American author James Mills addresses in his new book, The Adventure Gap: Changing the Face of the Outdoors.

In 2013, the first all-African American team of climbers, sponsored by the National Outdoor Leadership School (NOLS), challenged themselves on North America’s highest point, the dangerous and forbidding Denali, in Alaska. Mills uses Expedition Denali and its team members’ adventures as a jumping-off point to explore how minority populations view their place in wild environments and to share the stories of those who have already achieved significant accomplishments in outdoor adventures–from Mathew Henson, a Black explorer who stood with Peary at the North Pole, to Kai Lightner, a teenage sport climber currently winning national competitions.

As our country grows increasingly multicultural, our natural legacy needs the devotion of people of all races and ethnicities to steward its care. The Adventure Gap is both a compelling adventure tale and road map to help everyone look to the outdoors for experiences that will enrich their lives.

How Do We Make the Outdoors More Inclusive?

How our National Parks are working to becoming Anti-Racist

Black History as interpreted by the National Park Service

North Central Library
“James Edwarsd Mills was absolutely inspiring. It was a perfect presentation for our efforts to bring awareness of both racial diversity and inclusion, and environmental themes. James has an amazing and overlooked story to share. It will become more and more important as our communities organize to make a more healthy, conscious, and equitable world.”

G5 Collective
“Witnessing James and 5 other Black men have the time of their lives fishing together, sitting around the fire having high-quality conversations, engaging in dialogues that opened my heart, mind, and eyes, listening to the genuine, passionate stories of our three keynote presenters (and being amazed at how the messages amplified one another), being in attendance of a panel discussion on Friday on the topic of Belonging which seemed to kick off the weekend with an invitation for folx to really lean in and be real, to explore and discover new ways of thinking and seeing.“

National Geographic | These people of color transformed US National Parks

By clicking the link below your will be directed to a Google Docs Folder
where you can download author photos and cover images. 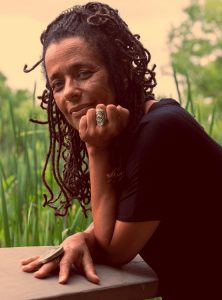 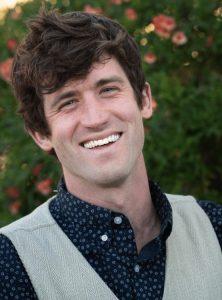 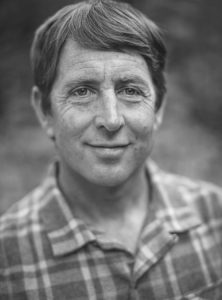 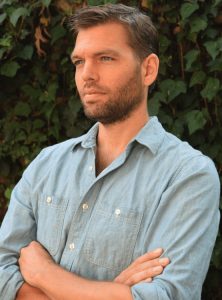 Interested in hosting this author?
Send us a message and an A|U Agent will return to you ASAP! 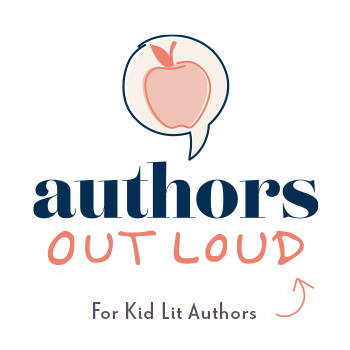 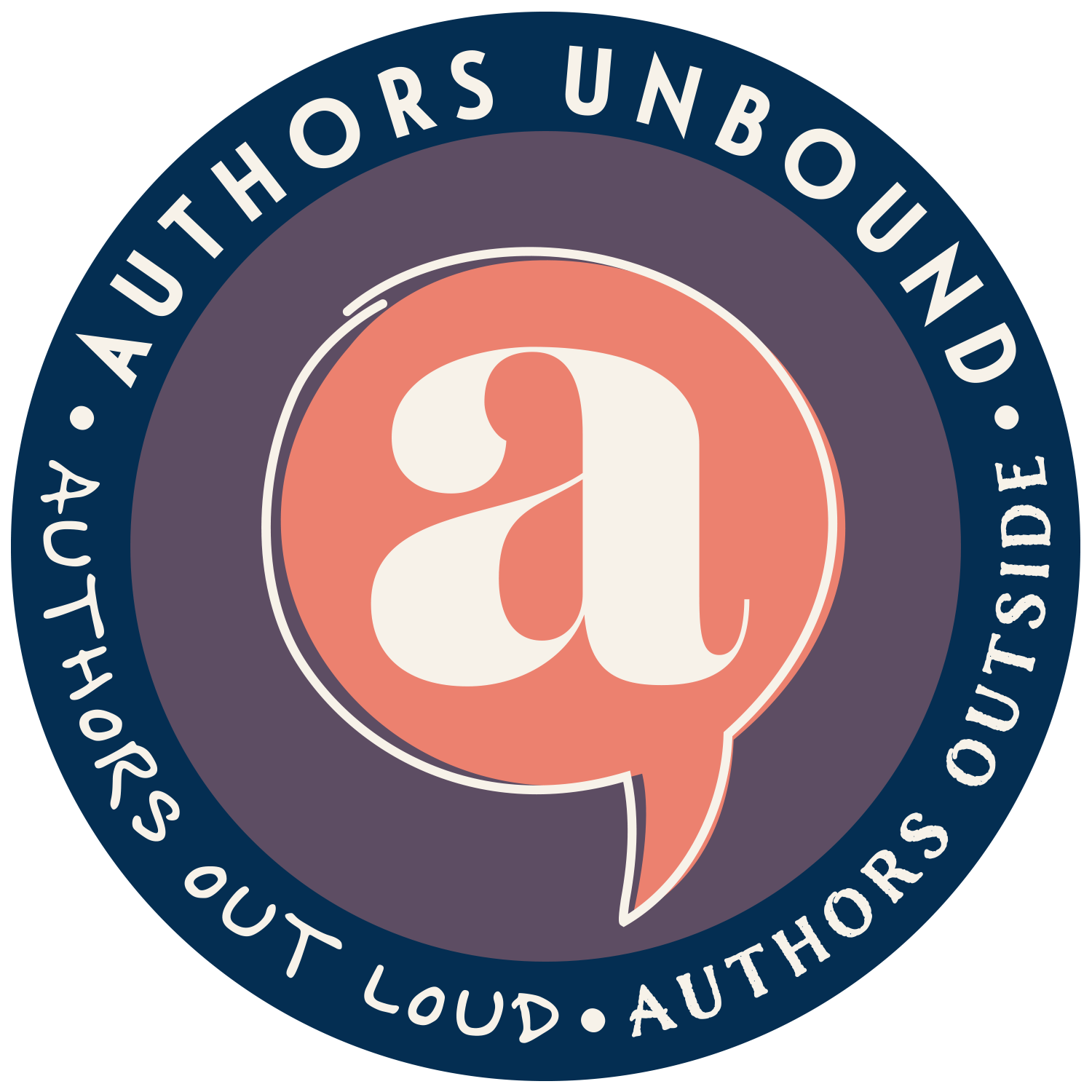 Be sure to visit these two additional
divisions of Authors Unbound: